Thank you for your patience while we retrieve your images.

The photographs were shot during February & March, 2011 in California. They are my response to a journey made to a part of the world resonant with traces of a dialogue that first started taking shape in the late 1940’s and 50’s. A dialogue between a group of writers, poets and philosophers in America, who in their own rendering of ideals embodied within romanticism, surrealism, Zen teachings and a new anti-formalism, came to be labelled as the ‘Beat' generation; and whose spirit has since been having a continuing pervasive influence within modern culture - as well as myself. Perhaps the ‘Beat’ spirit also has a fresh relevance to where we stand right now, in a time that has most of the world out of its comfort zone. (1)

In full Beat spirit, I wish to explore a 'potential'- that, of course, being a perspective in perpetual flux - one way of keeping faith with the inexorable uncertainty that makes all living possible…

Striving with the semantics of the illustrational fact, till I’m out there on that road, one eye on the shark hunt, eating my naked lunch, howling…

This remains the first stage of a project - an exploration of the pioneering spirit, the flux and flow of the Beat sensibility in the world today - and beginning in South Africa (where this work was produced and first shown). The further challenge then, of rendering this into a valid dialogue for me, as a European, to engage in, is an intriguing and inspiring one. But perhaps that is the point - that this perspective is about a spirit that, in its exuberant embracing of essence, defies all division and borders…

(1) “ 'beat’ meaning down and out but full of intense conviction.” The Philosophy of the Beat Generation, Esquire, March 1958. Kerouac expanded the meaning to include the connotations "upbeat", "beatific" and the musical association of being "on the beat"…
___

On the gallery wall, I transcribed this text - Jack Kerouac’s ‘Belief & Technique for Modern Prose’ 1958:

1. Scribbled secret notebooks, and wild typewritten pages, for yr own joy
2. Submissive to everything, open, listening
3. Try never to get drunk outside yr own house
4. Be in love with yr life
5. Something that you feel will find its own form
6. Be crazy dumbsaint of the mind
7. Blow as deep as you want to blow
8. Write what you want bottomless from bottom of the mind
9. The unspeakable visions of the individual
10. No time for poetry but exactly what is
11. Visionary tics shivering in the chest
12. In tranced fixation dreaming upon object before you
13. Remove literary, grammatical and syntactical inhibition
14. Like Proust be an old teahead of time
15. Telling the true story of the world in interior monolog
16. The jewel center of interest is the eye within the eye
17. Write in recollection and amazement for yourself
18. Work from pity middle eye out, swimming in language sea
19. Accept loss forever
20. Believe in the holy contour of life
21. Struggle to sketch the flow that already exists intact in the mind
22. Don’t think of words when you stop but to see picture better
23. Keep track of every day the date emblazoned in yr morning
24. No fear or shame in the dignity of yr experience, language & knowledge
25. Write for the world to read and see yr exact pictures of it
26. Bookmovie is the movie in words, the visual American form
27. In praise of Character in the Bleak inhuman Lonliness
28. Composing wild, undisciplined, pure, coming in from under, crazier the better
29. You’re a Genius all the time
30. Writer-Director of Earthly movies Sponsored & Angeled in Heaven
___ 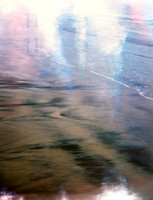 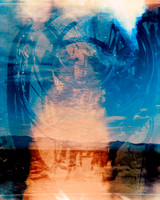 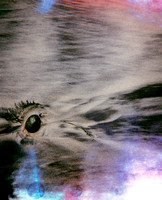